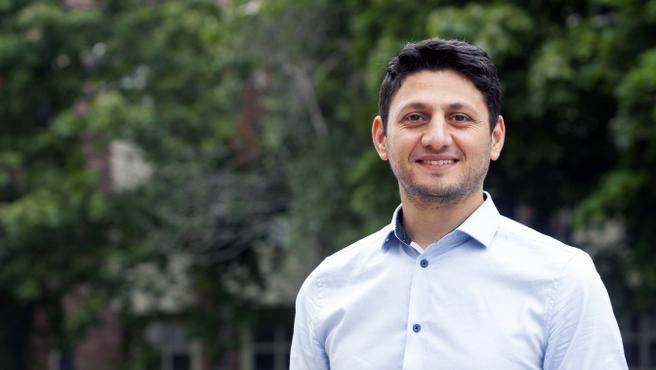 Mobile tool assists newcomers with marketing, promotion for their business

The Immigrant Business Marketplace App was launched by ISANS during last year’s small business week. On the first day, 38 businesses signed up. Today there are 125.

“It’s a great opportunity to market my business for free,” says Mohammad Al-Masalma who started his multimedia company, MoSY Photography, earlier this year.

“It’s an app for immigrants, and it’s a really nice gesture for ISANS to do it,” he says.

Al-Masalma has been living in Halifax since 2016. Originally from Syria, his family had lived in Jordan as refugees since 2015. Through the World University Service of Canada both he and his brother were granted permanent residency status.

Since graduating from Nova Scotia Community College, Al-Masalma has been working full time with ISANS, and following his passion for photography and videography in the meantime.

“Once I had enough money I bought a camera from a friend, and from there everything started,” he says. “I want to tell people’s stories, or the stories of businesses or at events, and in my own way.”

He signed his new company up with the app shortly after starting the company. Being able to promote for free is definitely a plus, but for Al-Masalma the best promotion has been face to face and with one “hi” at a time.

“Every event I’ve done, every opportunity I’ve gotten, is because of networking,” he says. “I was really nervous to go out at first, obviously because of language and I wouldn’t know anyone. But right now, when I’m walking down the street, my friends look at me and they say ‘Are you actually Syrian, or Nova Scotian?’ because I say hi to like 10 people every time I go for a walk.”

“Just put yourself out there.”

Of course language barriers and unfamiliarity with new regulations and procedures for starting a business can be serious impediments to bringing ideas out of the planning phase and into the marketplace.

“One of the things we are interested in is providing them with background about what it means to set up a business in Nova Scotia, and the processes, procedures and regulations that go with that,” says ISANS CEO Jennifer Watts.

“We work with people that arrive here with a business background, and also people who, after a couple of years of having their feet on the ground, see a business opportunity and then are interested in developing a business of their own.”

MoSY Photography is one of three Halifax photography businesses listed on the app, alongside Maritime Digital Art & Design Ltd., and Papparazzo Visual.

Aside from being a useful marketing tool for immigrant businesses, the app helps business owners connect with others in the province.

ISANS hosted a networking event for small business week at the Halifax Central Library on Wednesday.

“We’re thrilled when small business week comes,” says Watts. “It’s a really interesting and important opportunity, not only for newcomers, but generally for Nova Scotians and the Nova Scotian economy.”

And, with clients coming to him at a steady pace, Al-Masalma’s passion for photography is paying off.

“Don’t be afraid to pursue your dreams,” he says. “Back in Syria I had this passion, but I didn’t have the means to start to do something about it until I came to Canada.”