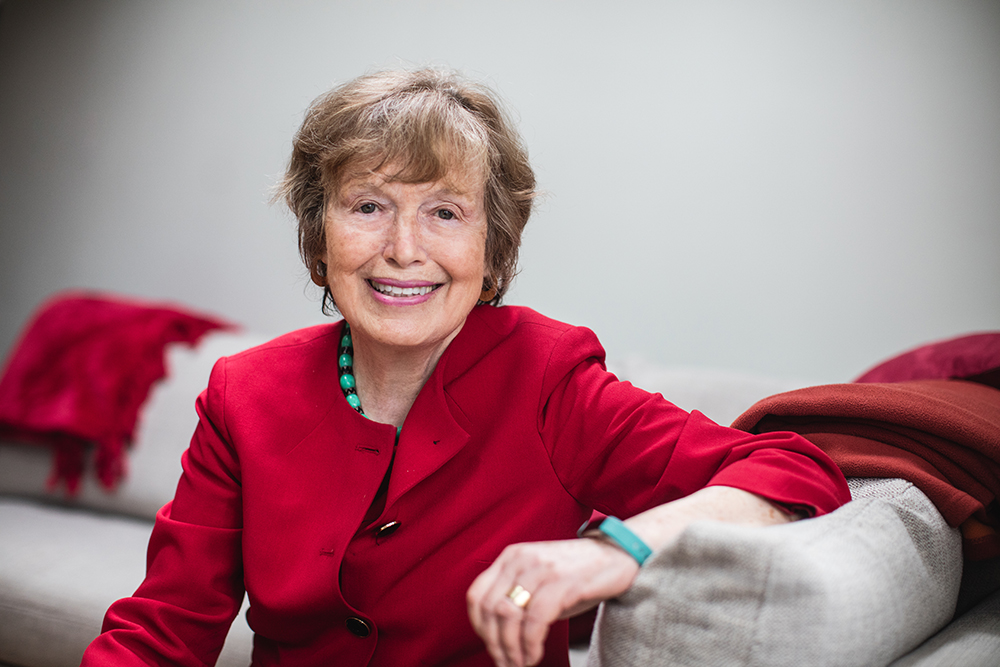 “I love talking about medicine but, more importantly, it’s been very rewarding for me to meet the IMGs and get to know them,” explains Margaret. “I admire their tenacity and courage. It’s a difficult decision for them to come here and to get to the point where you’re licensed.”

Margaret, a Toronto native, worked most of her career at Halifax’s North End Community Clinic, and was also Director of Admissions at the Dalhousie Medical School for six years.

ISANS approached her before retirement, and she continues to meet several times a year with a group of about 10 doctors. Many are competing for the same two third-year positions at Dalhousie. “This is an excellent program at ISANS, an absolutely wonderful preparation program that looks at every aspect of practice,” she says.

The participants are preparing for a clinical exam in which they must deal with patient-actors and be evaluated. The exam is unfamiliar to IMGs and one of the big challenges on their pathway to licensure, so Margaret arrives with three or four volunteers who act as patients. “It’s a collaborative thing. It’s very effective and the doctors ask questions.” As well as medical conditions, they address cultural differences, drugs, smoking and other lifestyle issues. “Questions can be uncomfortable, but there are ways of asking,” she explains.

Margaret has maintained a friendship with some who have graduated and has worked with two participants on a volunteer project through MicroResearch Nova Scotia, assessing costs of homelessness and addiction to the health-care and judicial systems.

Volunteering is natural to Margaret who has received an Order of Nova Scotia and an honorary degree from Mount Saint Vincent University, where she was on the Board of Governors. She was chair of the North End Clinic board for eight years. She is in a member of a refugee support group and has volunteered extensively with many community groups. In retirement, she’s had more time to read, spend with family and take care of a very active dog.

Margaret relates warmly to IMGs. “I am sure that they sense that I am supportive and that I want to encourage discussion and hear their views on not only the case at hand, but other issues in medicine,” she says. “I am positive in my feedback and we often laugh.” Her respect for the international doctors is palpable. “I consider it a privilege to do this. What I do is small on the spectrum of things that are done.”