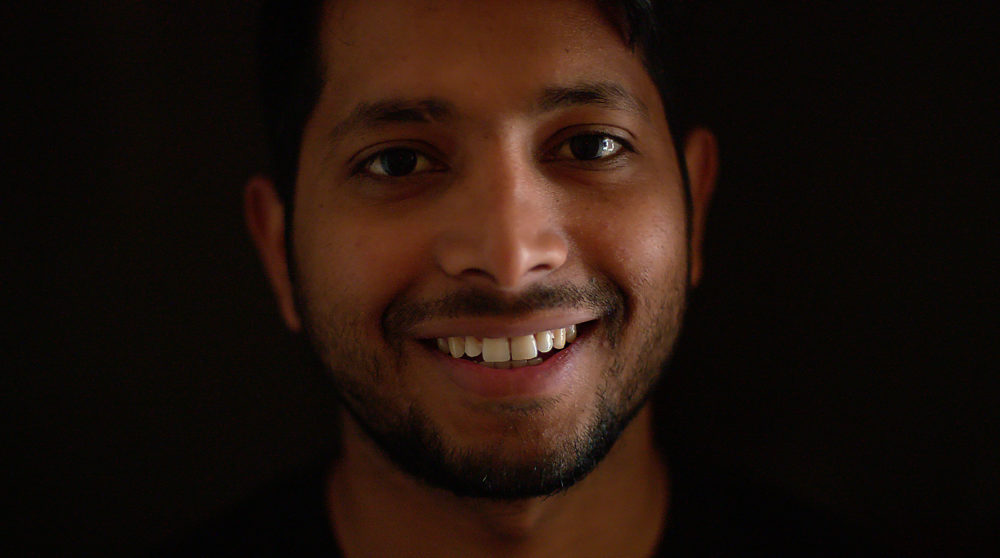 Marwa Harb’s face lights up when she talks about the people she has met since arriving in Canada as a refugee from Syria. Topping her list – Prime Minister Justin Trudeau.

Moving across the world can be a scary journey. When Marwa and her family first learned they would be leaving a refugee camp in Jordan to come to Canada, they knew very little about their soon-to-be new home. Since then her knowledge of her adopted country has improved immensely. “I didn’t know the country’s name – Canada,” says Marwa, who immediately began to learn more about her future home. One thing she learned quickly – the importance of winter jackets. “They gave us a jacket. We said ‘We don’t need a jacket.’” She quickly changed her mind after stepping outside the Halifax airport for the first time in the middle of winter.  “I said, ‘Oh my gosh it’s too cold. I need more blanket.’”

Marwa is one of three young immigrants who came to Nova Scotia as refugees who recently shared their personal experiences on camera. While every young refugee’s story is unique, underneath some universal truths can be found: fleeing one’s homeland to go to a foreign country far away brings both sadness and relief, excitement and fear.

“To be a refugee, it means to be marginalized…to be powerless,” says Praise Mugisho, 22. Praise’s family fled their home in the Democratic Republic of the Congo and spent seven years in Uganda before arriving to Halifax in 2016. For Praise, this opportunity meant the chance to bring her dreams to life. “When they are telling you ‘Canada choose you,’ we think ‘Wow, we’re going to Canada, at least,’” she says, “Going to make our dreams come true.”

In Uganda, Praise had to abandon school to get a job to help support her family. Since arriving in Canada, she has gone back to school, volunteers in her community, and works part-time at ISANS as a life-skills worker. Here she helps others adjust to life in Canada by showing them how to do things like navigate public transportation and learn to use the Library. She is also the head of her family, a role she assumed when her father died before they came to Canada.

“I’m now like a leader in my house,” says Praise. “A leader for my mom. She was the one who was supposed to be the leader. I’m the one leading her, showing her path.”

Stepping in to help the older generation adapt to a new country and a new language is not an uncommon role for youth to take on.

“We help our parents whenever they need us,” says Rupesh Dhungana, 27, who arrived in Canada eight years ago. “Sometimes they need us for transportation … or they may need a translator or interpreter. We just go and help them, assuring them that we are there for them.”

Rupesh was born in Bhutan and was just an infant when his family fled to Nepal. Although he loves Canada, he would live in Bhutan if he could. “I had my education in Canada,” says Rupesh. “This country has given me citizenship. And people here are really friendly. They have helped me a lot.”

“But I never want to forget Bhutan,” he says. “Bhutan is my motherland. (Canada) has offered us everything other than mother. And (Bhutan) has offered me a mother. So I think, I need to choose my mother.”

For Marwa, coming to Canada meant a chance to embrace school again and to pursue her dreams of becoming a lawyer. She is making friends, perfecting English, and settling into life in her new country. “I really like the people. The people are really nice.”

But she has advice for incoming refugees: “Take the jacket,” she laughs. “And the blanket.”

Special thanks to Rupesh, Praise, Marwa and their families for sharing their stories with us. To Jayson, Deborah, John and the entire Clothesline Media team, thank you for your creative vision and respectful telling of these stories. Thanks to Immigration, Refugees & Citizenship Canada for their generous support, which made this project possible.