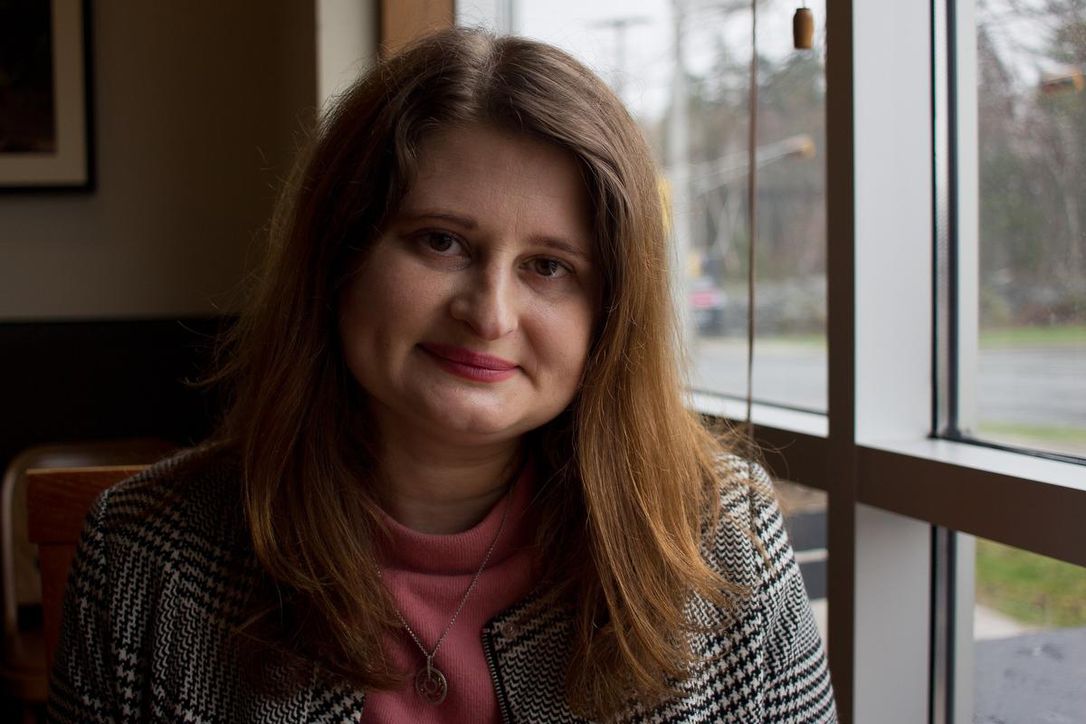 HALIFAX—Yulia Taslitsky loves seeing her daughter learn new words and skills with Halifax’s HIPPY Program, but the most important thing has been getting the chance to spend dedicated time together.

Taslitsky and her 4-year-old daughter, Adele, are among the 38 newcomer families and 42 children set to graduate Friday from their first year of Home Instruction for Parents of Preschool Youngsters (HIPPY) Program, delivered by Immigrant Services Association of Nova Scotia (ISANS).

HIPPY is a 30-week program running October to June where home visitors from ISANS meet with parents — primarily mothers — of kids ranging from 3 to 5 years old, to give them support while preparing their children for school in Canada.

Taslitsky moved from Israel to Nova Scotia about 11 months ago with her husband and two children. She was born in Ukraine and moved to Israel as a child, but Taslitsky said her first language remained Russian, which the family also speaks at home.

When Taslitsky first moved here, she said she was disappointed to realize that, unlike Israel, Canada didn’t have a government-supported program for all preschool children where they could learn about culture, holidays and be prepared for school.

Since English isn’t her first language, Taslitsky said she felt like she wouldn’t be able to help Adele get ready for school in September. Luckily, one day at ISANS, Taslitsky spotted the HIPPY sign on a door and thought “maybe this would work for me.”

There, she met HIPPY co-ordinator Sanaa Youssef and was “very excited” to hear about the program, and how everything is delivered in big packages full of supplies such as markers, crafts, activity sheets and more so you don’t have to worry about buying things yourself.

Since then, Taslitsky said their home visitor has dropped in to show her how to do the lessons and activities with Adele in English, as well as connect her with resources in the community or answer questions about school.

The lessons include plenty of material for learning five days a week, Taslitsky said, including everything from science experiments to acting, printing, or books on Indigenous people in Canada.

Their home visitor also does role play with Taslitsky to show her different ways to teach and engage with her children, such as how to make a lesson feel like a game.

“Because you can teach ‘you need to do it,’ but they’re children. Kids don’t want to do something, they want to play — so this is kind of how the HIPPY program is built, to play,” Taslitsky said.

The most important thing HIPPY has brought her, Taslitsky said, is the opportunity to spend quality time with her child. Much of the time with the kids is spent preparing meals, running around, and not actually getting to sit down and play, she said.

“This is time only for her. I think it’s one of the best investments I’ve made in my life, for my child. And she’s actually looking for this time, you know? She’s asking me … can we learn?” Taslitsky said.

She also makes a point to call the HIPPY sessions “studying,” Taslitsky said, so Adele knows when she goes to school she will have different lessons that she needs to prepare for, but it doesn’t have to be boring.

“I think it’s important that she will think that study is not something that she must do, but something more fun,” Taslitsky said.

Besides the lessons and connections to family resource centres or other supports, HIPPY co-ordinator Youssef said they have a group meeting once a month where all the families can come listen to a speaker on various topics such as nutrition, women’s health or family life in Canada.

The program itself has been in Canada for about 14 years but has an international curriculum, Youssef said. It launched through ISANS last December as a free program with support from Immigration, Refugees and Citizenship Canada.

Youssef said she’s heard parents say the program has been very helpful for them and their children, because often there’s a language barrier and through HIPPY they’re able to gain some confidence in English “because they start to learn also” alongside their kids.

“We believe that the mothers are the first and most important teachers for their children,” Youssef said.